Most of the teachers lamented that the ‘Garden of good deeds’ way of rewarding good behaviour was not so effective as in the previous year.  Therefore, some of the teachers opted for other means of rewarding their best behaved pupils – reward charts with stamps or stickers worked quite well with the junior years whereas in Year 6 the students were split up in three groups and each had to do their part in order to be rewarded with marbles.  A student would be given one mark for every good deed and for every five marks he/she would then get a marble.  Everytime a  group collectively obtained five marbles these would then be exchanged for a stamp. 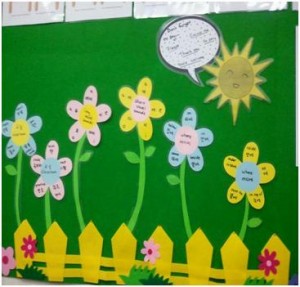 of good deeds was kept in Year 5 however every week the students worked on one particular good deed.  Students were also rewarded a badge for their efforts in collecting/donating money for the missions.  The teacher also showed her class a You Tube video on respect and good manners and a discussion followed.

Every Friday our Year 3 teacher rewarded some of her pupils with certificates or bands.  Year 4 students also received a gift whenever the points card became full.

It was pointed out that despite there being ways of rewarding a child in each and every class, nearly all teachers stated that the children still had to be reminded about certain ethical behaviour and some of them lacked respect towards their superiors as well as their classmates.

Without any doubt, everyone did his/her very best to make this year’s fund-raising activities asuccess.  A large sum of money was collected through various ways such as the selling of hand-made items, zumba and fitness classes, selling of food items, lotteries etc.  These funds will once again be donated to the Franciscan sisters in missionary lands. A sum of money was also presented to one of our LSA’s who will be doing voluntary work in Kenya in September. 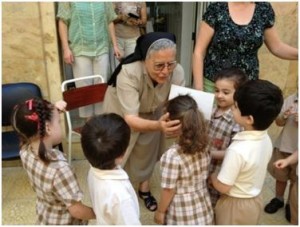